The Olympics are on! So I decided to write something about the Olympics.

I've written before how much I love the Olympics. I always have, ever since childhood, when during school any teacher who could commandeer a TV would set it up in a corner of the classroom for as long as they could get away with it.


And I love Rio - who doesn't? Not that I've been there, but I have always wanted to, ever since childhood when my favourite song was Peter Allen's I Go to Rio, and my religious childhood self was in awe of the Christ the Redeemer statue; and later when my early-twenties self discovered samba music.

Buuut.... it's been quite a few days now, and I haven't actually watched any Olympics yet. I'm not sure why not?


Apart from the Opening Ceremony highlights, that is. Holy cow, how good was that? So good! It was so impressive I almost considered watching the whole thing! I didn't of course - that would be madness - because who has that attention span in 2016?

Which is a pity, when you think of the time, money and effort that has gone into four years to create this Opening Ceremony masterpiece:

The main thing I thought, when I watched this, was "Man, fireworks technology has really moved apace in the last four years" - or even since last New Year's Eve.

I mean, they had fireworks spelling out "Rio"! When I saw that I thought I had imagined it - I had to watch it again. For sure, "Rio" is a short word and includes two easy letters already in the shape of most fireworks - but still.

And apparently, despite looking like it must have cost a gazillion dollars, the Rio event was done relatively "cheaply", or at least at a fraction of the cost of the London Olympics Opening Ceremony.

But as for why I haven't yet watched anything else?

Well, OK, I have watched the video of the gymnast breaking his leg. OUCH.

And today I watched a news clip of Novak Djokovic walking off in tears. Made him even more likeable. Who'd have thought the tennis greats would really care about the Olympics?

But nothing else so far.

There is that frustration, common to all Olympics, when, at the only time you are free to sit back and catch some live Olympics action, you click on the TV or live streaming - hoping to see diving, foot races, weight lifting or gymnastics, obviously - and find the only thing on is hockey or soccer or some other boring team sport you can catch any other weekend.


When I watch the Olympics I want to see this: 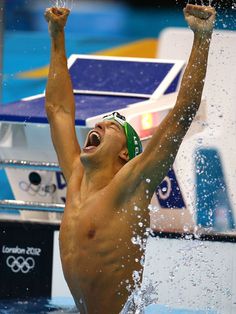 Maybe even a little bit of this: 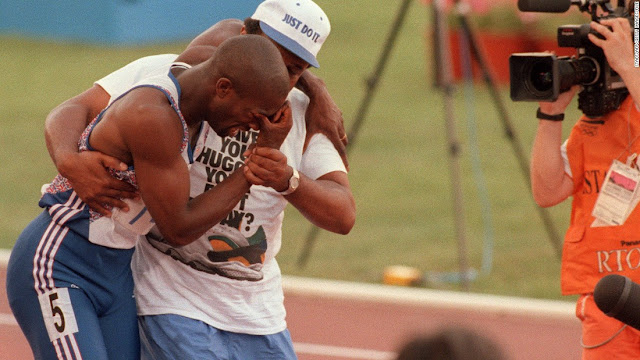 Not so much this: 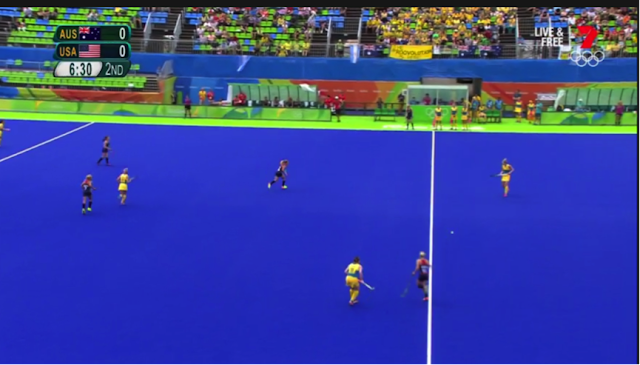 Or maybe Friday, and catch some trampoline gymnastics!?!