As I've mentioned before, I love Halloween. 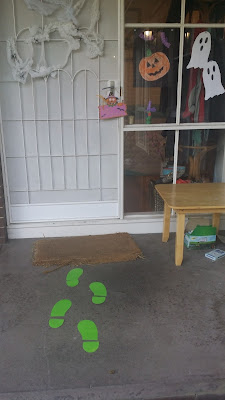 My formative trick or treating experiences in Los Angeles as a child were fantastic, and the whole thing was just so much fun. So I have been gung ho ever since it looked as if Halloween might take off here.


It hasn't. It probably won't. Too many people don't like it. It's a bit of a shame, as it's such easy, harmless fun.


From a good strong start three years ago, Halloween has sputtered out a bit in our suburb; last night I got three trick or treaters and one of those groups was a kid from two streets away who knows I do Halloween and probably headed straight here when she left her house.


As always, I massively over-catered with a deep casserole ("cauldron") and a fruit bowl full of lollies from which our kids and their friends ended up doing massively well.


The kids and I had decorated the house and attached balloons and skulls to the fence and lamppost to attract the roaming hoardes... to little avail. 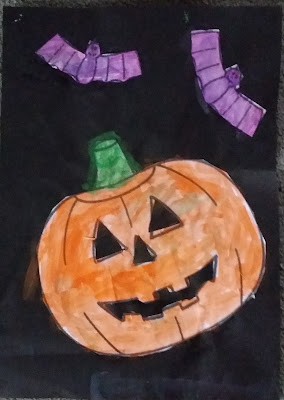 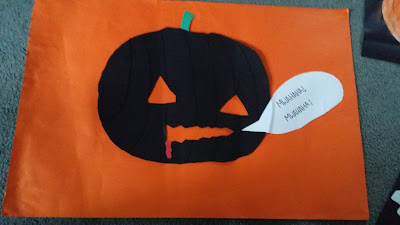 At one point I saw some kids hesitate at the end of our street, and I almost opened the door and called out to them. Then I remembered that would be weird. 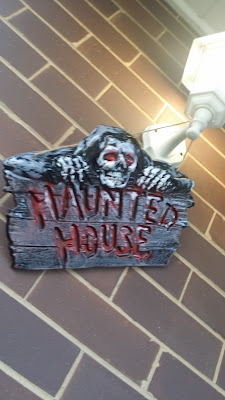 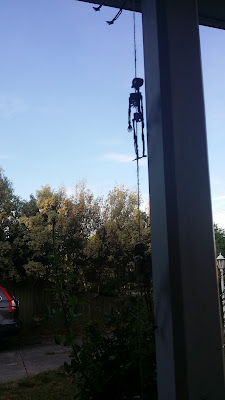 However, always hopeful, I manned our front door and dipped only occasionally (i.e., quite often) into my overflowing cauldron to munch on jelly eyeballs and Milky Ways.

My kids were originally meant to meet at a friend's place for trick or treating but the parents had to cancel, so everyone met at our place instead.  While I tried not to eat all the good lollies the other three mums walked the streets with our gang of zombies, witches, skeletons, gypsies, grim reaper/Scream ghost and Batgirl.

The kids had a great time roaming the streets and knocking on doors. Most of those doors didn't open, but those that did were (as always) friendly and most had candy or treats.

Once plastic buckets were full, they all came back to our house. After a big bowl of potato wedges and cold drinks the kids played outside and we mums all sat down with a glass of wine. It was a fantastic evening and if I end up hosting a Halloween party at my place every year, I will be very satisfied.


Or... maybe I will set up a light show, some dry ice and a Vincent Price soundtrack to attract more trick or treaters?